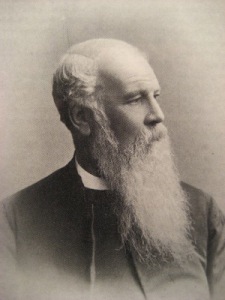 As we continue with Rev. Ryle let us now look at the next statement.  Permit me here to get preachy.  For I do agree with him that too often evangelism is watered down and ineffective.

On the other side, many graceless people are deluded into thinking they are “converted,” because under the pressure or animal excitement and temporary feelings they arc led to profess themselves Christians. And all this time the thoughtless and ungodly look on with contempt, and rind fresh reasons for neglecting religion altogether. The antidotes to the state of things I deplore are plain and few.

I can find no better evidence to support these statements than the parable of Christ known as the seed and the sewer.  I have witnessed many persons “come to faith” only to fall away.  Unfortunately we often give these folks a false sense of security.  My first church claimed to have over 450 members when they first described themselves in the church search process.  Upon my arrival I found that their roles often consisted of simple names with no supporting information that were in a three ring binder.  Several persons were found to be deceased, and even more were only listed by first and last name with no contact information.   When pressed as to how they came to be considered members the reply was “they came forward and we voted on them”.

My dear Christian, this is a travesty and mockery of the church.  Here people whom made an emotional decision or one in a time of working a deal with God were nowhere to be found.  You too can surely attest to those who once were a part of the church whom have now fallen away.  Surely the parable thus teaches us that they may give evidence but lack real sustaining root.  These are not disciples.  These are not Christians.

People in this state are looked at by the unconverted mockers as “having got religion”.  I can attest that in my Godless days of seeing people “saved” and the mockers commenting that they will soon “get over it”.  Thus we do the name of Christ a disservice by allowing folks to have a get saved quick ability.  True people can be saved in an instant, but what are they saved with or to?  Is it gospel lite?  Is it a pitch that assures better prosperity?  Was their sin ever dealt with by the Holy Spirit?  These are the questions I ask.

We are easily given to impulses.  Notice the catchy displays at the cash register in most stores.  How about children., and adults alike, that “need’ a souvenir at some stopping place only to have it as garage sale fodder a year later?  Many people wear Mickey Mouse shirts per capita at Disney world, but go to your average shopping mall and they will exist in very sparse numbers.  Why, it is all because of group mentality.  It is a desire to belong.  But Christ is not Mickey Mouse.  Christ is the atonement and He and his message are the crux of life.

I say all this to say that gimmicks and methods that are used to gain a response rarely lead to true conversion.  Our evangelism must be complete in laying out the gospel.  People should not add Christ to their list of mental occupations; they should abandon all these and cling to Him only.

Goran's layout adjusts itself depending on the device you are using. This means your site will look good not only on laptop browsers, but also on devices with smaller screens, such as the iPad and the iPhone.